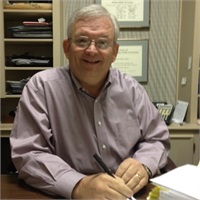 Randy graduated from the University of Texas at Tyler in 1981 with a Bachelor of Business Administration concentrating in Accounting. He began his career with a local firm focusing primarily on small businesses where he began to develop a strong knowledge of financial planning, investment analysis and tax issues. In 1986, he earned his CPA license and after five years in public accounting, Randy founded Randy R. Gorham, CPA PC.

Randy has been married to Cheryl for 43 years. Randy and Cheryl attend Peoples Church in Jacksonville. They have three children and seven grandchildren. In his time off, Randy enjoys fishing, spending time with his family, and watching Aggie football.